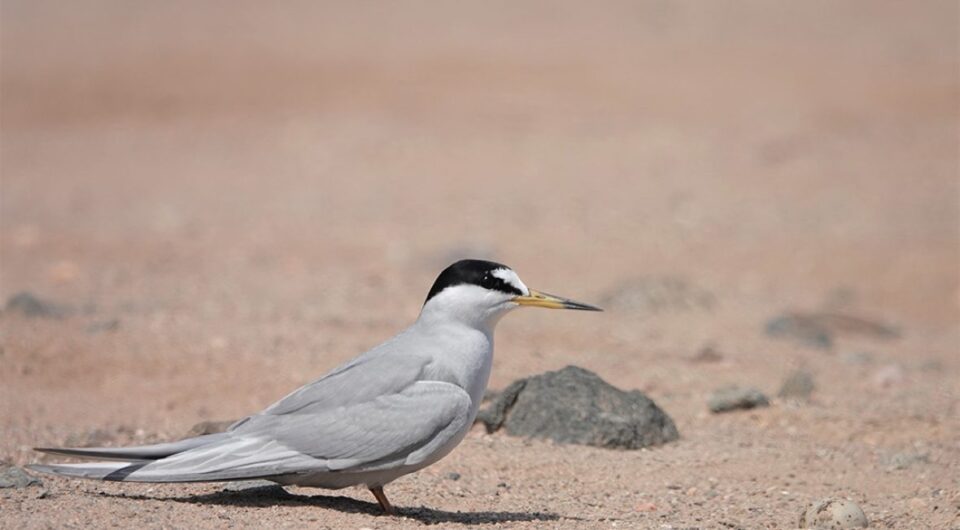 The little tern, or gaviotín chico in Spanish, is a migratory bird that has been endangered for over 20 years. It can be found on the coasts of Chile, Peru and Ecuador during its reproductive season. The work of two public-private and international foundations has helped to increase the bird’s population.

The Little Tern Observer Network (ROGCH) is one entity helping to protect the little tern, a migratory bird that can be found on the coasts of Chile, Peru and Ecuador.

The foundation, founded in 2019, has made progress. According to its recently published 2020 census, which combines data from the three countries, about 1,800 little terns exist now, compared to 1,120 registered the previous year.

The Alliance to Save the Bird

Chile, Ecuador and Peru forged an alliance to protect the bird which resulted in the creation of ROGCH. The foundation focuses on creating the ideal reproductive conditions in each country once the little tern arrives.

ROGCH has partnered with the Little Tern Sustainability Foundation in Chile, created in 2008 by Mejillones municipality in alliance with major companies that are seen as responsible for disturbing the bird’s habitat. Companies like Codelco and Molynor, and the Mejillones port complex, among others, seek to mitigate the consequences of their activities, as mandated by their environmental guidelines.

These companies run thermoelectric power stations, power plants, mines, and others, in the Mejillones industrial complex.

The foundation focuses on research, protection and management, and education and training.

Research involves monitoring environmental conditions in the area so the bird can reproduce and on keeping records of specimens. Protection and management includes reviewing the level of pollution, making sure the areas are protected, while education and training is centered around community work and providing information about the bird.

ROGCH, on the other hand, is dedicated to maintaining the protected areas available for the birds and increasing nest-building and colonies. This has been achieved by placing tern decoys to attract more specimens. After years of using this technique, nests have increased from 1 to 10 in a colony. The entity has found 10 colonies in the area that are now protected – the biggest one being Pampa Mejillones covering 2,000ha.

The foundation is also using clay tile shelters covered in some glue and sand to imitate the ground in the colonies to protect the birds, chicks and eggs from wild dogs or predatory birds. This is tricky, since some predatory birds are also endangered, so the shelters represent a sustainable way to protect all of these species.

These Chilean Animals Are in Danger of Extinction, WWF Says

A Mystery of Whereabouts

The little tern is the smallest seagull species that can be found in Chile. It stays in the northern zone between Arica y Parinacota and Antofagasta regions during June and July. This species has been endangered for over 20 years.

A mystery is where the birds go during non-reproductive periods in late March and April. The bird arrives in Chile during June and July, and stays until January. In Peru, little terns can be seen between October and March, and in Ecuador between May and October.

Although the efforts seem to have led to some population growth, the bird’s numbers are still low, so it remains endangered.

Javiera is from Santiago de Chile, she is studying journalism at Universidad de Chile, since 2017 and doing her internship at Chile Today.

One Out of Two Businesses Hit by Crime in 2020

Why Chile’s pension overhaul is more than a reform

Not long after taking office, Chile’s President Gabriel Boric had to grapple with a series of setbacks. But instead… https://t.co/Yyl4fOMfVV

Reply Retweet Favorite
Not long after taking office, Chile’s President @GabrielBoric had to grapple with a series of setbacks. But instead… https://t.co/dVAYirI8Zl

Reply Retweet Favorite
Chile Today Podcast / S03E02: Crime seems to be a topic of concern and conversation all over the country. But what… https://t.co/HcaBxc3WUA