From Schneider to Campillai: the new faces…

The other elections: what happened in the…

Boric: “We have to be humble and…

Kast and Parisi both ‘winners’ in Chile’s…

Chile on the verge of the most… 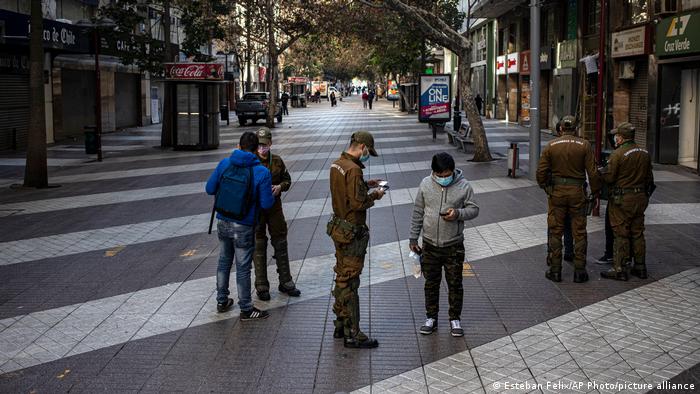 SANTIAGO – On Monday, Oct. 25, new restrictions were announced in response to a recent uptick in coronavirus cases. Earlier this week, there were a reported 1,677 new cases in a 24-hour period. Currently, the re-imposed restrictions only affect the Metropolitan Region and several nearby municipalities where the surge in new cases has been concentrated.

Today, Wednesday, Oct. 27, the Metropolitan Region and 14 other municipalities will return to Phase 3 of the government’s COVID-19 contingency plan, “Paso a Paso.” In Phase 3, the government controls the “capacity and operation” of indoor activities, while also allowing people with mobility passes greater freedom.

The Undersecretary of Healthcare Networks Alberto Dougnac further confirmed that what will change in the Metropolitan Region is that the government will be “restricting capacity” for social gatherings and prohibiting those who do not have a mobility pass from attending outdoor events or social gatherings that exceed 10 people.

These new restrictions come after Chile experienced a sixth consecutive day with more than 1,000 new infections nationwide. The most affected area has been the Metropolitan Region which recently registered 929 in a 24-hour period out of 1,677 nationally.

Health Minister Enrique Paris explained that the government has been concerned about the situation in the Metropolitan Region for some time, “which in some days has exceeded 3 percent positivity of PCR tests.” The Chilean government has also expressed concern over the increase in Intensive Care Unit (ICU) patients; on Sunday, Oct. 24, 443 people were admitted to intensive care units for COVID-19, and 353 of them required mechanical ventilation support.

The Undersecretary of Public Health, Paula Daza, told Cooperativa that Chileans will need a yearly COVID-19 jab. The government is already signing contracts for next year's supply. The news comes as coronavirus cases are, once again, increasing in Chile. pic.twitter.com/B0B1cdCDr8

A “more uncompromising” approach to the unvaccinated?

In announcing the return to Phase 3, President Sebastián Piñera also stressed the importance of individual preventive hygiene measures and the continued use of face masks and physical distancing if Chile wanted to beat this health crisis.

Currently, nearly 13.6 million Chileans have received two doses of a COVID-19 vaccine, a total of 39 million doses have been administered so far, and only 1.2 million Chileans remain wholly unvaccinated. Compared to other countries, Chile’s vaccination program is a success story. However, because infections are again on the rise, President Piñera has said that he will adopt a “more uncompromising” approach towards the unvaccinated, saying “we are going to be tougher and more demanding so that everyone gets vaccinated, because that is the second great instrument that we have.”

Coquimbo’s regional Health Secretary Alejandro Garcia expressed frustration at those who are unvaccinated, because in his region the ICU beds occupancy rate is 82 percent and 30 percent of the active cases come from unvaccinated people. This has put the region’s health apparatus under tremendous stress, especially given that the region has Chile’s second highest daily positivity rate at 5 percent.

The fact that the vaccine rollout has not managed to stem the rise in COVID-19 infections explains why Undersecretary of Public Health Paula Daza recently stated that Chileans will need a yearly COVID-19 jab.

In the past, Chile’s COVID-19 infection rate likewise increased after it relaxed restrictions despite a successful vaccine rollout, and the government had to re-impose restrictions.

Harry McKenna is a postgraduate student studying American History at the University of Sheffield. His interests include politics, foreign affairs, and history and he is seeking to cover international politics. He is currently interning at Chile Today.

On the Path to the Constitutional Convention: Chapter 4

🗣️ Over 96 percent of the Chilean population can now get vaccinated against the coronavirus. Earlier, Chile had app… https://t.co/Nz0AXmEEDl

Reply Retweet Favorite
🔴. So far, it remains unclear whether the government will impose travel restrictions to protect Chile from the Sout… https://t.co/zsYV3aJ2zO

Reply Retweet Favorite
The presidential election proved to be as unpredictable as people anticipated with Franco Parisi obtaining a surpri… https://t.co/NTROMdBwU8