Bound and beaten body in Calama was…

What was Kast doing in the U.S.?

What will remain of the presidential programs? 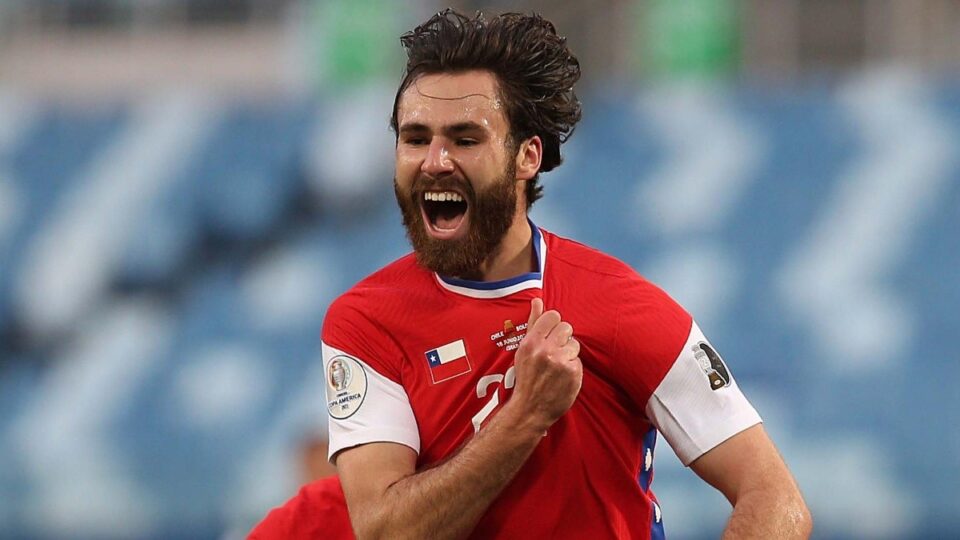 Benjamin Brereton has been gaining popularity since joining the national team in 2021. He scored his first goal with “La Roja” against Bolivia last Friday, June 18. Even though he doesn’t speak Spanish, he is getting along well with the rest of the team.

One of the most recent additions to the national football team is English player Benjamin Brereton. He joined the team just this year, with team manager Martín Lasarte selecting him to be part of the squad for the 2022 FIFA World Cup qualifiers, against Argentina and Bolivia. He was later called to participate in the 2021 Copa América championship.

Even though he was born in England, he was eligible to be a part of the national team because his mother is Chilean. When playing for “La Roja,” he uses the name Brereton Díaz.

The upbringing of Big Ben

Brereton’s mother, Andrea Díaz, was born in Concepción. She went to England in 1986, where she met and settled down with Martin Brereton. They had two children, Benjamin being the oldest one.

He started his football career at the Nottingham Forest Football Club, in 2015. He played for the team until 2018, when he signed on as a loaner to Blackburn Rovers. In 2019, he became a permanent member of the team.

Afterwards, in 2021, he was called by Martín Lasarte to join the Chilean National Team, for which he has already been in two matches and scored one goal.

Even though he doesn’t speak Spanish at all, he claims to be getting along well with the rest of his teammates. In an interview with the Lancashire Telegraph, he said “everyone has received me very well, both players and coaching staff,” and that he has been “learning keywords, they also provided me  with the basic football words, and my understanding with my teammates has been very good.”

He also mentioned that he has been talking more with Franciso Sierralta, who plays for Watford Football Club, and therefore has a better understanding of English.

However, his relationship with the rest of the team seems to be friendly too. After the last game on Monday, where ‘La Roja’ played and tied with Uruguay 1-1, Mauricio Isla, also known as ‘El Huaso Isla’, went live on Instagram, where he interacted with Brereton, and taught him a few words and phrases in Spanish.

Even though he has only played three games for Chile, people are already loving him. After his goal against Bolivia, the team tweeted a reference to a popular Chilean song, but changed the lyrics to be about Brereton. This was followed by a chorus of tweets from the team’s supporters.

People have also started calling him “Ben 10,” alluding to the popular cartoon character – this, after singer Vicente Fischer adapted the cartoon’s opening sequence to be about the footballer.

Brereton has been headlining these past few matches, and, with the recent good results and inspired reactions from the public, it is expected he will continue to play in upcoming games.

Javiera is from Santiago de Chile, she is studying journalism at Universidad de Chile, since 2017 and doing her internship at Chile Today.

Photo Series: The Celebration of the 18 October Protests in Chile

Senators Present Bill to Get Covid-19 Patients to Vote