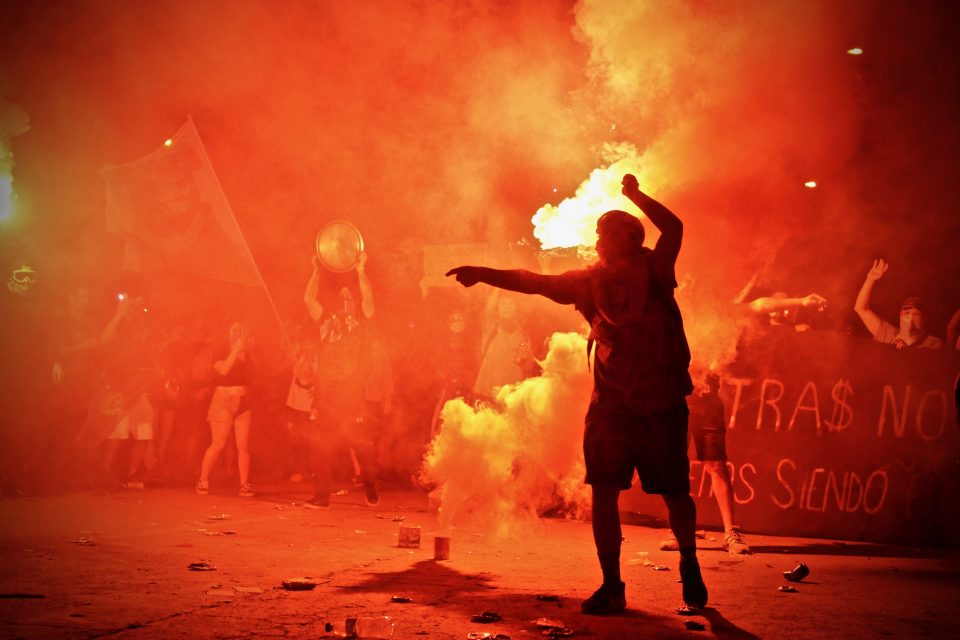 SANTIAGO – The Ministry of Foreign Relations and the Direction of Cultural Affairs canceled its promised funding for the Chilean Documentary Festival in Paris due to budget concerns. In response, the Chilean Documentarian Association released a statement questioning the government’s actions and accusing the government of disrespecting cultural events. The film festival is set for April and June and will feature over 50 movies.

The statement released by the Chilean Documentarian Association (ADOC) points out that this festival was planned back in September 2019, when Justo Pastor Mellado, the Chilean Cultural Attaché in France, and the Direction of Cultural Affairs (DIRAC) supported the idea of the documentary festival.

Mellado promised the use of Diplomatic Courier to get the films to France and DIRAC pledged to pay the plane tickets for four Chilean Filmmakers in order to ensure their presence at the festival. Unfortunately, before the deal could be finished, the Chilean Embassy revoked the promised support by saying “We have been affected by budgetary restraints due to the events that have taken place in our country …”

In response, ADOC refuted the Embassy’s statement by pointing out the inconsistencies between the embassy’s actions and its mission statement, for example the Cultural Attaché is responsible for projecting the presence of Chilean Culture in France.

Another point is that the majority of the films being shown were financed with resources presented by the Chilean State, meaning that by not supporting it the government is directly disrespecting the labour of different Chilean institutions that worked hard to spread Chilean culture.

Lastly, ADOC points out that this decision not only negatively affects Chile’s cultural standing but it also impacts Chile’s relationship with France, as this event was meant to be a binational documentary film festival. ADOC lamented, “It is shameful for us that while the French State values Chilean culture with this unprecedented [Documentary] retrospective, the Chilean State, quickly and easily discards it.”

When asked about the revocation of funds, ADOC director Amalric de Pontcharra said, “I was not surprised, but I wasn’t ready for it either.” He also said that he thought that the reasons behind their actions were fear and ignorance. “Fear because when the ambassador saw that the poster referenced what’s happening in Plaza Dignidad [aka Plaza Baquedano aka Plaza Italia] [he] figured that the samples were going to be a platform for the social movement. Ignorance because one should not pledge cultural support without knowing what [the festival] will be screening.”

Mon Laferte: The Voice of Viña

The documentary film retrospective, titled “Chili Cinéma Obstiné,” is scheduled to take place in France during the months of April and June. It is organized by the Bibliothèque Publique d’Information du Centre Pompidou in Paris, with collaboration from La Cinémathèque du Documentaire, curation by Harm Pietr Bos, and with Chile Today as media partner, with their official poster utilizing a picture by one of our photographers.

This retrospective will include screenings of over 50 Chilean documentaries from 70 years of Chilean history and was created after Bos saw an exhibition of movies by Patricio Guzmán and Carmen Castillo. After noticing that people enjoyed their movies, he decided to look for more and discovered the wide array of Chilean documentaries that exist. After the events of Oct. 18, Bos was determined to make this retrospective in order to show what’s going on in Chile to France and to the world.

Bos even visited Chile in December 2019 in order to take part in the International Chilean Documentary Festival(FIDOCS) as a judge for the international competition and the youth competition, which consists of young up-and-coming filmmakers. When asked about the Chilean State’s decision to revoke funding for the festival, he responded by saying, “This will have a boomerang effect, by rejecting [the funds] it, more people will talk about the event. Which is better for us. Our biggest worry at the moment is the coronavirus.”

Thanks to  La Cinémathèque du Documentaire’s numerous screening rooms, the films will be presented in over 50 different locations all around the French territory, making this one of the biggest exhibitions of Chilean films ever.

The festival will begin on Apr. 1 and will include films related to the ongoing social protests in the country as well as older films that help show the context of current events in Chile.

Among the filmmakers being screened are Patricio Guzmán, Raúl Ruiz, and Ignacio Agüero. The festival will also include younger generations like René Ballesteros, Teresa Arredondo, and Marcela Said.

The Festival will begin with a screening of last year’s FIDOC winner, “El viaje espacial,” by Carlos Araya Díaz. This will be followed by a debate with filmmakers and students who will be at Plaza Baquedano that day, the debate will be broadcast live via Facebook.

The influence of European immigrants on Chilean winemaking

Not long after taking office, Chile’s President @GabrielBoric had to grapple with a series of setbacks. But instead… https://t.co/dVAYirI8Zl

Reply Retweet Favorite
Chile Today Podcast / S03E02: Crime seems to be a topic of concern and conversation all over the country. But what… https://t.co/HcaBxc3WUA