Chile braces for anniversary of October 2019…

The final stretch of the presidential elections… 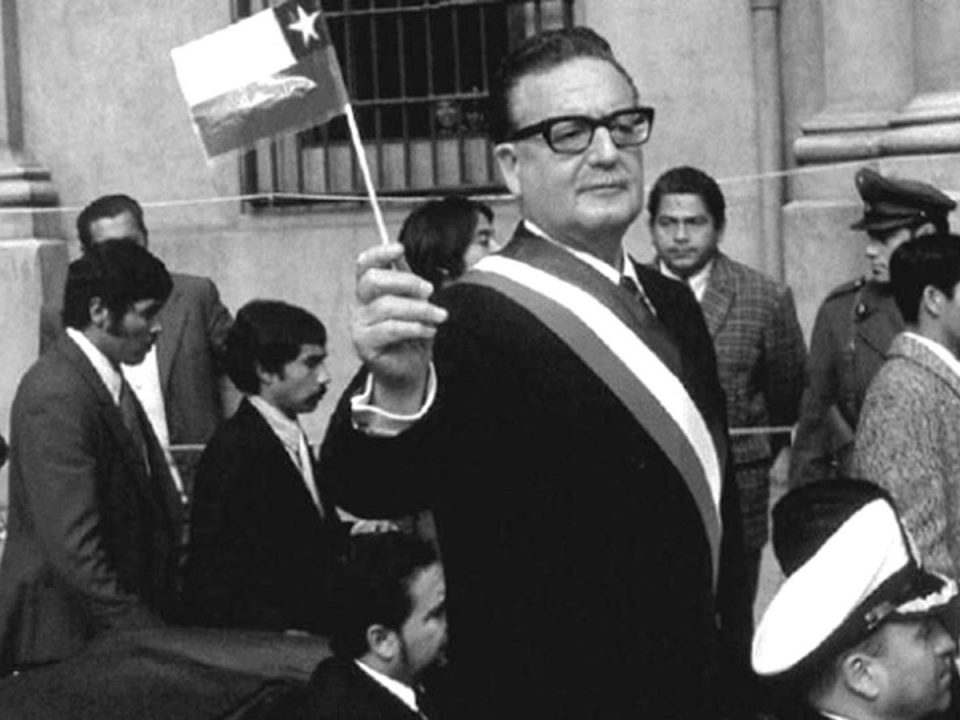 A deep political divide marked the 1970 elections. The Frei administration’s attempt to balance capitalism and socialism within a social Catholic framework did not yield the expected results. The right accused the government of pandering to the communists while the left claimed the administration had failed to aid the working class.

And a tense election campaign didn’t produce a clear result. No candidate received the majority needed. This outcome led to violent attacks by a fascist paramilitary group aided by the US while revolutionary left-wing groups also grew stronger.

Read Part I of this series:

The 1970 Elections Part I – The Failure of the Centrists

Candidates in the 1970 Elections

Three candidates competed in the election. On the left was Salvador Allende of the Popular Union coalition (UP), in the center was Christian Democrat Radomiro Tomic, and to the right was former president Jorge Alessandri, running as an independent with the support of the conservative National Party, created to stop communism.

Alessandri’s campaign centered on repelling communism, reestablishing order, and reverting the changes of the previous administrations. His slogan “Alessandri Will Return” summed up his platform of recreating the Chile of his 1958-1964 presidential term.

Salvador Allende ran with “Venceremos” (We will prevail). His campaign proposed a democratic transition to socialism. This consisted of doubling down on the previous administration’s reforms, especially the agrarian reform and nationalizing the copper industry.

Radomiro Tomic had a similar plan, but pursued Christian Humanism rather than socialism. Tomic wanted to keep Frei’s middle-of-the-road approach. So instead of completely nationalizing the copper industry, Tomic proposed the state keeps control of 51%.

Election day, Sep. 4, brought a surprise victory for Allende. Most polls forecast an Alessandri victory, with the last one before voting predicting 44%. Allende received 36%, Alessandri got 34%, and Tomic 27%, instantly conceding the race to Allende.

But each candidate remained far below the 50% needed to become president. According to the law, Congress would have to select the next president, choosing Allende or Alessandri. If voted, Alessandri promised to resign and pave the way for a new election and a clearer result. The congressional decision was scheduled for Oct. 24.

Allende faced fundamental issues within his own coalition. Amid the revolutionary fervor of the time, groups like Revolutionary Left Movement (MIR) opposed his peaceful transition to socialism, saying capitalist structures can only be destroyed with violence.

Created in 1965, its ranks consisted of former anarchists and socialist youth members pursuing the overthrow of capitalism and establishing a government run by the proletariat. They were active during the agrarian reform and aided agricultural workers in taking over farms. MIR also stole from food producers and distributed the food among the poor, gaining popular approval. But overall these revolutionary groups increased political division, and many citizens worried about and opposed violent revolution.

Meanwhile, the right-wing founded the Libertad y Patria (Liberty and Fatherland) fascist paramilitary group, financed with CIA money and resources from the local oligarchy. Its purpose was to prevent an Allende presidency by engaging in a terror campaign that involved sabotage of key infrastructure. Many of these acts were then blamed on the left, discrediting not just parties and organizations but also Allende.

While Chile wasn’t a geopolitical hotspot at the time, both the US and the USSR had an interest in the 1970 elections. Victory for Allende would boost socialist ideas and bolster the Soviet vision of society. But for the US, whose businesses had invested billions in Chile and which sought to nip socialist/communist ideas in the bud an Allende victory was unacceptable.

During the campaign, both superpowers supported the candidates financially. The USSR gave US$50,000 to Allende’s campaign and Washington US$700,000 to Alessandri. The sum was also a result of Alessandri reaching out to the White House via Agustín Edwards, the head of Chile’s most influential dynasty, who also had links to US business.

When Allende got more votes than Alessandri, the US changed course and went for a more confrontational approach though. One part of the two-track plan involved blocking Allende by supporting the Christian Democrat Party. But this plan failed because of a secret pact between Tomic and Allende.

The second track comprised fomenting civil unrest. Washington put Patria y Libertad at the heels of army head General René Schneider, the creator of the Schneider doctrine, which established that the military would respect the Constitution and stay outside politics.

On Oct. 22 the group intercepted Schneider on his way to work and killed him with guns traceable to the CIA. Schneider’s death shocked the country. A state of emergency and curfew were enforced but did not help calm the waters. Two days later Congress voted on the next president. Thanks to the Allende-Tomic pact, Salvador Allende emerged as the winner with 153 votes against Alessandri’s 35, and was sworn in on Nov. 3.

Truckers Strike: “The Government Hasn’t Done Anything For Our Safety”

The Forgotten September 11 Coup in Chile

The Battle of Iquique: What does Chile Remember on Navy Day?

The Role of the British During the Allende Election