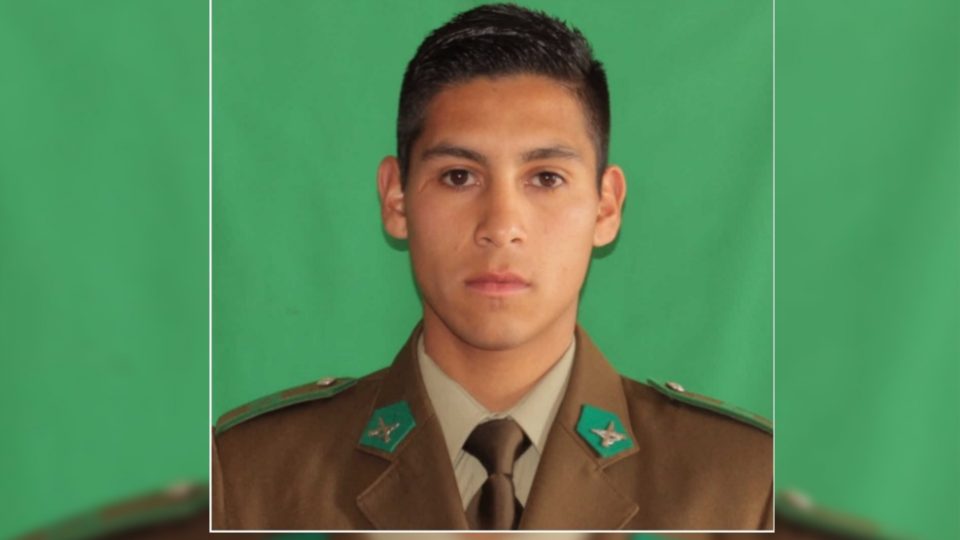 TEMUCO – A 24-year-old Carabinero was killed in La Araucanía region. The official was shot during what appears to have been an ambush. Officials called on the population to help find the culprits.

A Carabinero was killed in southern La Araucanía region on Friday. Eugenio Nain Caiumil leaves two children behind. He was killed along Ruta 5 Sur while helping to remove barricades.

According to Carabineros, Nain Caiumil and his colleagues were ambushed by a group of 10, who shot indiscriminately at the officers. A bullet hit Nain Caiumil near the neck. Although he was instantly transferred to Temuco city’s regional hospital, he died minutes after he arrived.

President Sebastián Piñera said the Carabinero died in a cowardly and brutal attack. “Eugenio died doing his duty, honoring his police oath and protecting our safety and our lives,” he said. And Carabineros general director Mario Rozas said, “I ask my compatriots to cooperate with us to find these miserable people.”

La Araucanía has been suffering sustained violence. Arson attacks against trucks are especially common. But violence involving firearms is also frequent as the conflict between the Mapuche indigenous population and the state grows more militarized and tense.

Increase Of Violence In The Arauco Province

The Role of Property Developers in the Mapuche Conflict

Covid-19 All But Kills Tourism In Chile

The ABC of the Chilean Constituent Process