La Roja: Where’s the next generation?

Blooming in the Atacama Desert: the flowers…

Chile moves on from the pandemic 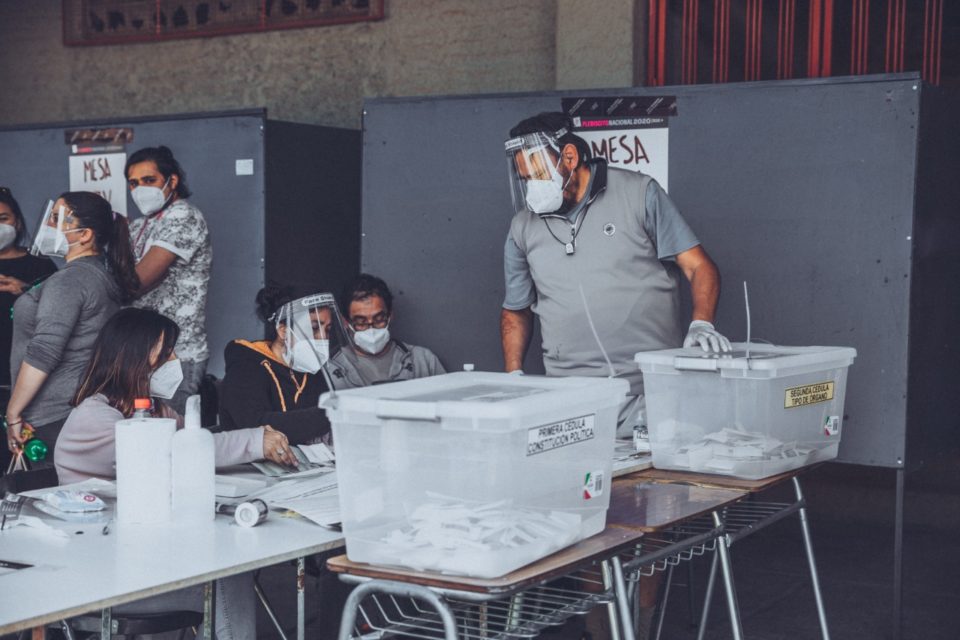 SANTIAGO — On Sunday, Oct. 25, Chileans voted to replace the Pinochet Constitution. Since then, the story has reverberated around the world. Here and abroad, news outlets covered the Apruebo triumph mentioning the end of the Pinochet-era and the high participation of citizens.

On Oct. 25, 2020, Chileans chose to replace the Constitution inherited from the Pinochet dictatorship; and, despite the coronavirus pandemic, the participation in the referendum was the highest in the eight years since voting became voluntary in 2012: approximately 50 percent of eligible voters participated in the plebiscite.

Almost all news reports from the national and international press mentioned Augusto Pinochet and the possibility of a new course for the country.

El País, from Spain, reported the landmark under the headline: “An overwhelming majority of Chileans approve burying the Pinochet Constitution.” The article then referred to the Constitution as “the heaviest legacy of Augusto Pinochet.”

The New York Times ran with the title, “An end to the chapter of dictatorship,” and referred to the fraudulent referendum of 1980, by which the current Constitution was approved. 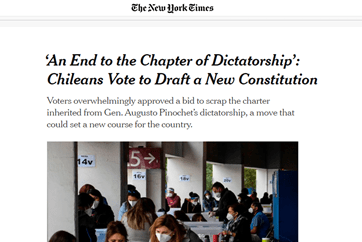 British news outlet The Guardian also mentioned General Pinochet in the headline: “Celebrations as Chile votes by huge majority to scrap Pinochet-era constitution.” The article then referred to the “neoliberal philosophies” that the current Constitution enshrines.

France 24 echoed The Guardian: “Chileans celebrate clear referendum win for rewriting Pinochet-era constitution,” and then talk about the end of a “dictatorship chapter” in the country.

The headline for German Deutsche Welle was “Chile buries the Pinochet Constitution and opens the way to update its democracy.” Its article said the country is now heading towards updating the democracy that has been under the dictatorship rules for 30 years. 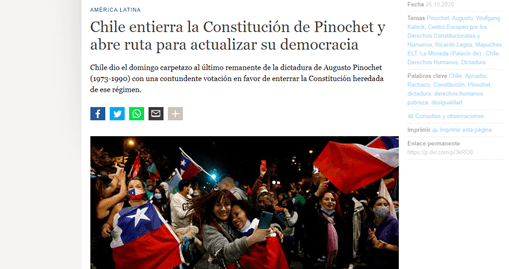 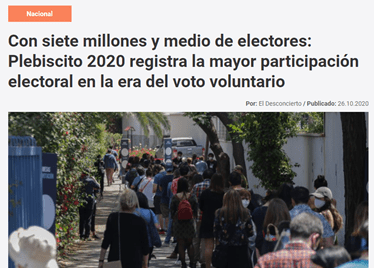 Another national news outlet, El Mercurio, reported the results with an analysis to “understand what happened and project what is coming.” According to an expert interviewed for the piece, one reason Apruebo prevailed is that many from the right-wing simply chose not to vote. 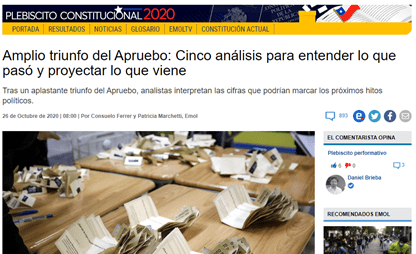 Newspaper La Tercera ran an analysis on how the Apruebo triumph could affect the Chilean economy. Titled “wide victory for Apruebo surprises the market: analysts foresee adjustments in assets.” 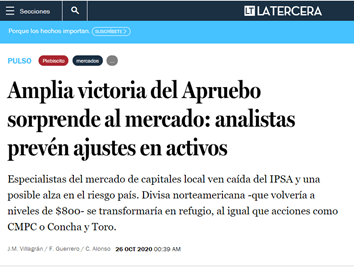 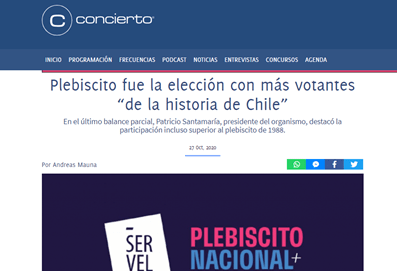 The Clinic also mentioned the high participation and analyzed President Sebastián Piñera’s reaction. It referred to his attempt to “get on the victory bandwagon.” 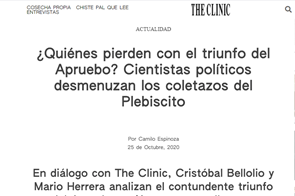 Fernanda Gándara is currently finishing her journalism degree at Pontificia Universidad Católica de Chile. She’s passionate about writing, environmental issues and women empowerment. You can find her on Twitter as @FerGMarchant

25O – Iona Rothfeld: “This system was built to fail us”

HIV epidemic in Chile: 2019 campaign will focus on migrants