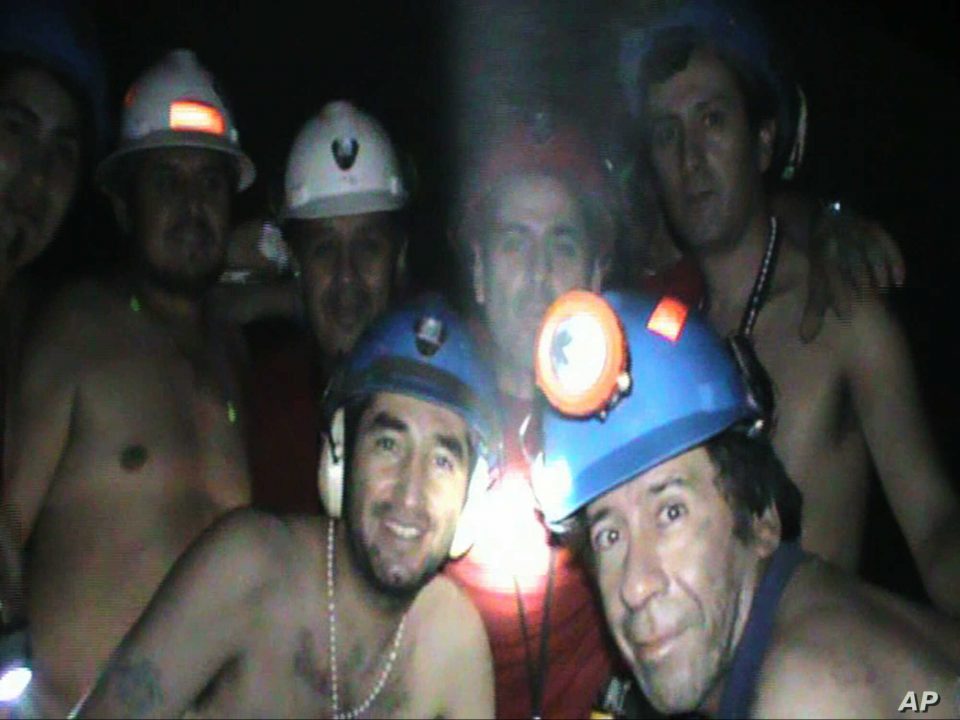 On Aug. 5 2010, the San José mine in Copiapó collapsed, trapping 33 miners inside and sparking a tense rescue operation that took 96 days to complete. The  fate of the miners captivated all corners of the world. Now, 10 years later, the story still inspires the imagination.

Thanks to an international collaboration of engineers, all 33 miners were returned to safety and became national heroes. Their rescue was broadcast around the world and those involved received support from many notable Chileans and world-famous celebrities – from Isabel Allende to then U.S. president Barack Obama. It is 10 years later and the rescue has left its mark on Chilean history with several books and movies made about the tragedy.

The Collapse at San José

On Thursday, Aug. 5, 2010, at approximately 3:00 p.m., the San José mine collapsed. Three hours later, local authorities and the owner of the mine, the San Esteban Primera Mining Company received the news and, worse, that 34 miners were trapped inside. As rescue operations unfolded later that same day, the miner’s families began crowding around the mine’s perimeter, and established their own camping vigil, Campamento Ezperanza. The next day, rescuers discovered that they had one less miner to worry about: one of the 34 believed to be underground had overslept and missed his shift.

Within the first 48 hours, the national government and then-Minister of Mining Laurence Golborne traveled to the area and prepared a rescue team to go down the secure air shafts that connected the bottom of the mine to the top. Unbeknownst to them, two of the trapped miners had already begun climbing that same air shaft only to find the emergency stairs unfinished halfway through. Later that day, a second collapse shut the air shaft. With the collapse of the air shaft, Minister Golborne was forced to cancel the rescue operation much to the families lament. “It is no longer an option” said the Minister to the families, “We’ll have to look for a plan B and C.”

The next day, the search continued, 10 new machines arrived that would drill probes into the mine with the goal of making contact with the miners inside the shelter. The new machines worked nonstop and quickly drilled down to the bottom of the mine. As the days went on, hopes faded. The tricky topography of the mine caused the probe to miss the shelter numerous times. Instead, it penetrated different underground workshops, briefly yielding a glimmer of hope only to take it away just as quickly. After this, many were resigned to the likelihood that the rescue was now just a recovery mission.

Then, on Aug. 22, one of the probes reached the shelter, the probe was retrieved and once it came out of the ground, rescuers noticed a small piece of paper that said “All 33 of us are fine in the shelter.” Using the same probe, rescuers gave much needed supplies to the miners as well as a small camera to communicate with the miners. The news quickly traveled around the globe and made international headlines, while Chile erupted into celebration, with people taking to Plaza Italia to cheer for their return.

One of the miners, Mario Sepúlveda, used the camera to record a 40-minute video in which he introduced all the miners and showed how they had managed to survive until then. During the video, Sepúlveda also showed the parts of the shelter where they all gathered, where they slept, and where they prayed.

Most of the miners attribute their survival to their shift foreman, Luis Urzúa, an experienced miner who began organizing the miners minutes after the collapse. Not knowing when they would be rescued, Urzúa created a strict ration of the shelter’s emergency food stash: each miner was only allowed two spoonfuls of tuna fish and half a glass of milk every 48 hours. He also implemented a strict schedule for his men so that they could keep busy and expand their small shelter by tunneling and reinforcing the surrounding area.

According to then-Health Minister Jaime Mañalich, this helped keep the miners sane during their confinement. Urzúa also participated in the rescue planning, contacting the rescuers directly and planning the best way to get them all out, an endeavor that could take four months.

The rescuers placed a tube system between the surface and the bottom of the mine, thus allowing them to deliver necessities to the team, this tube would later be widened and used to transport the trapped miners. They also received a videoconference system that allowed them to contact their family members, who had already announced that they would not be leaving the campamento until the last miner was free.

The Rescue Seen Around the World

After weeks of preparations, the rescue operation, dubbed Operation San Lorenzo, was ready, thanks to the combined efforts of the Chilean government, NASA engineers from the U.S., and private companies from Canada, South Africa, Singapore, and many other countries.

To prepare for the journey up, the miners were forced to follow a strict diet and exercise routine so that they would fit in the metal capsule. They would also have to wear special socks to prevent blood clots along with special glasses that would protect their eyes from the sun because they had become so accustomed to the dark.

On the night of Oct. 12, rescuer Manuel González was the first to descend into the mine. After an 18-minute journey in the small metal capsule called Fenix II, and a quick checkup on the safety of the capsule, the first miner, Florencio Ávalos, was sent back up.

On Oct. 13 at 12:10 a.m., Ávalos came out of the capsule and was greeted by President Sebastián Piñera and his family, marking the beginning of the rescue operation that  was watched by millions online. The second miner freed was Mario Sepúlveda, nicknamed Super Mario for his relentless energy. He immediately began hugging those involved while chanting along with the audience – a moment that became emblematic of the event.

One by one, the miners were extracted over nine hours, until Luis Urzúa, the last of them, was freed. All the miners were taken to the hospital in Copiapó where they were visited by President Piñera one last time. Piñera promised, “Never again will we allow working conditions so insecure and inhumane as the ones in the San José mine and in many other places in our country.”

Thereafter, the Piñea administration overhauled the National Geology and Mining Service and initiated nationwide inspections of mining operations. As a result, 18 mines were shut down and 300 were placed under threat of closure. As for the miners, they were invited to numerous events worldwide and received  compensation from the government ensuring that they would never have to return to working in the mines.

The rescue also helped buoy Chile’s bicentennial celebrations in 2010, at a time when the country was still getting back on its feet after the devastating earthquake and tsunami earlier in the year.

While they were inside the mine, the 33 miners had agreed to hire a single writer to  tell their story, Héctor Tobar. They gave Tobar exclusive access, which resulted in the book, “Deep Down Dark: The Untold Stories of 33 Men Buried in a Chilean Mine, and the Miracle That Set Them Free.” In 2015, a movie about the event was also released: “The 33,” directed by Patricia Riggen, with Antonio Banderas as Mario Sepúlveda.

Racism In Chile: An Ever-Present Enemy For The Mapuche Population