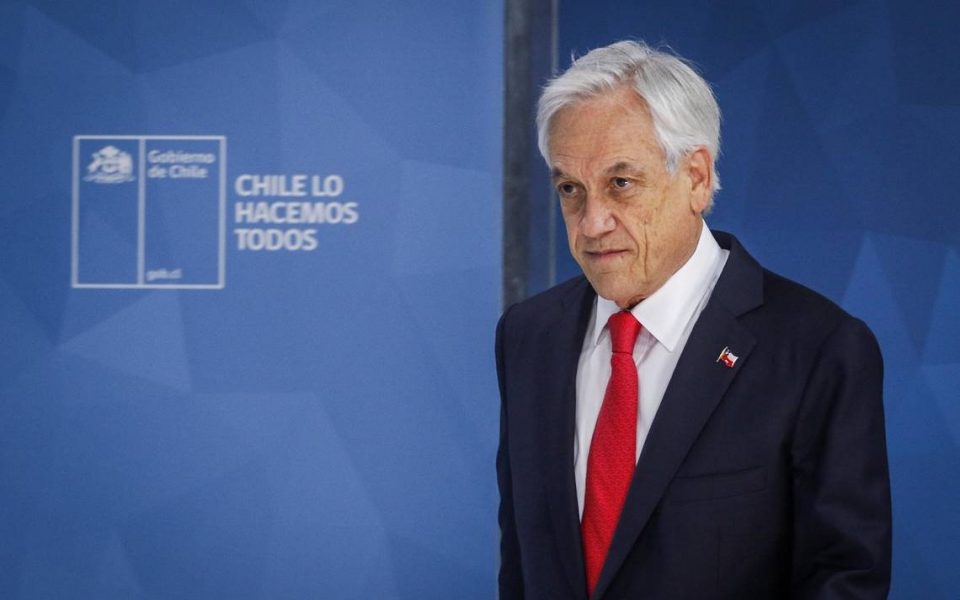 SANTIAGO — President Piñera spoke to the country last night (Oct. 22) in order to address the recent protests. He said that he has heard the cries of the people. He presented a number of proposals to resolve the dispute.

President Piñera addressed the nation last night following a week of increasingly vigorous protests, violence, destruction, and looting. He offered a number of proposals with the aim of satisfying the public and preventing further social unrest.

Piñera began the speech by assuring the public that the government has “heard, loud and clear, the voice of the people.” He then acknowledged that not all the protests have been violent and that the majority of protesters are peacefully expressing their discontent with the government.

Thanking the police and the military, Piñera recognized the “valuable and demanding work” they have undertaken over the last few days.

The president emphasized the government’s intention to once again establish normality in Chile, saying, “We are working hard to improve public transportation, access to food, health, pharmacies, gasoline, schools and other services of vital importance to citizens.”

He announced that the Santiago Metro Lines 3 and 6 will open on Oct. 23 to work alongside Line 1 which reopened on Oct. 21. However, some stations along these lines will remain closed, including Baquedano, Universidad de Chile, and Santa Lucía.

Piñera also addressed the requests to end the curfew which has been implemented in many of Chile’s largest cities. He denied that the curfew will be lifted early and said. “It is my duty to lift the State of Emergency when I have assurances that public order, citizen security, and both public and private property are properly protected.”

Upon reaching the subject of the public’s demands, the president once again stressed, “We have received with humility and clarity the message that Chileans have given us.”

Photo Series: The Biggest March So Far in Santiago

President Piñera then laid out the government’s 10-point proposal, which he hoped would placate the violent protests. The proposed measures address topics such as the pension system, health system, minimum wage, electricity rates, taxes, and equity between communes:

(B) Health and Medicines

(C) Creation of a guaranteed minimum wage of CLP$350,000 (USD$482), for all full-time workers that complements the salary of full-time workers, when it is less than CLP$350,000; this benefit will be applied proportionally to those under 15 and over 65.

(E) Higher taxes for higher income sectors through the creation of a new tranche in the Supplementary Global Tax of 40% for incomes exceeding CLP$8 million per month (USD$11,021), which he said will increase tax collection by USD$160 billion.

(F) Creation of the Ombudsman’s Office, in order to facilitate access and strengthen the legal defense and social and psychological support to victims of crime.

(G) Greater equity between high and low income communes by strengthening the Municipal Common Fund, establishing greater contributions from the higher income communes, for the benefit of lower income communes; which he said will allow greater equity in the provision of municipal services such as security, lighting, infrastructure, parks, sports, recreation, and others.

(I) A request to speed up the processing and approval of the following bills:

(J) A reconstruction plan for damages and destruction caused by violence and crime that have occurred in recent days.

President Piñera concluded his speech by offering a message of hope to the citizens, emphasizing that Chile will move past these incidents, “transforming this crisis into a new opportunity and hope for all Chileans.”

The Role of the Media in Chilean Society

President of the Senate Jaime Quintana responded on Twitter to the President’s speech. He called it “a breakthrough” however he commented that it “does not touch on substantial aspects” of what needs to be accomplished.

Parliamentarian and Chilean Communist Party politician Camila Vallejo was not persuaded by Piñera’s proposals. Speaking to Cooperativa, she criticized the president’s response to the social unrest: “The President is acting as if nothing is happening; he does not take charge of the deaths or assume political responsibilities regarding the violence that has been unleashed in the streets as a result of his bad decisions.”

Vallejo also criticized the presence of the military on the streets and called for Piñera to take responsibility for “what is happening in his country, under his mandate, concerning human rights violations.”

Thus far, the public’s response has been tepid. Many are still angry at the government and the protesters have not been appeased by the speech.

Torture in Metro Baquedano: The Facts

Ana Truesdale is a British student, studying Liberal Arts at Durham Univeristy, who is currently interning at Chile Today on her year abroad. She has a strong interest in Latin American culture and journalism and wishes to experience all that Chile has to offer.

Photo Series: The Biggest March So Far in Santiago

Photo Series: The Faces Behind the Chile Protests

Art in Times of Suffering: The Chilean Eye Crisis

Chile rose from place 25 to 19 on The Economist's Global Democracy Index for 2022. The Index rates democratic level… https://t.co/SXo7aEAUK9

Reply Retweet Favorite
The decree was issued last evening. Minister of the Interior Tohá explains that it is a precautionary measure. Fore… https://t.co/MFRIXRamha

Reply Retweet Favorite
Jones Huala awaits the hearing on his possible extradition to Chile in an Argentinian prison. Huala was arrested in… https://t.co/tkJp4YyWMI

Reply Retweet Favorite
SENAPRED announced the alerts today. Two fires are creeping up to residential areas in Chillán; a third is threaten… https://t.co/q8bzALLAuf

Reply Retweet Favorite
This year’s Ñuñoa Comedy Festival in Santiago will run from Feb. 1 through Feb. 4. Free to the public, this second… https://t.co/34jtZ7oiph