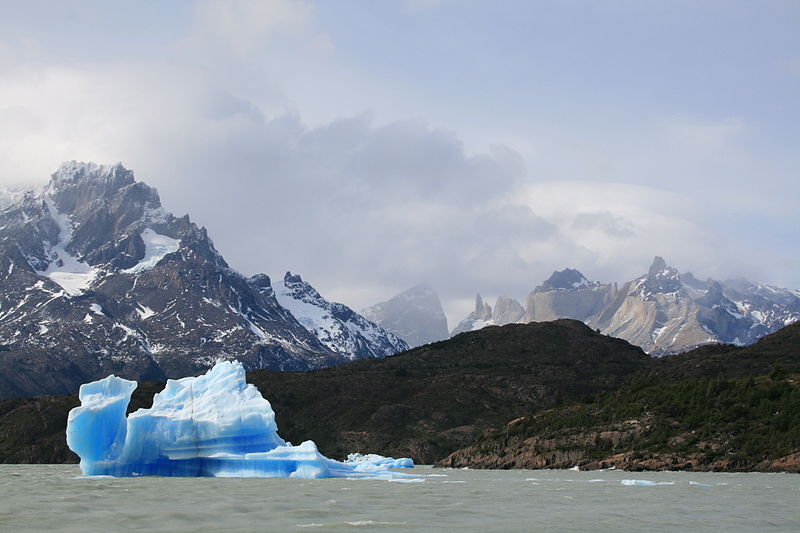 SANTIAGO – Today, more than ever, the stability of the environment worldwide is a concern, due to ever-mounting evidence of climate change, placing glaciers at the center of the discussion. Currently, Chile has 82% of South America’s glaciers, making it one of the largest freshwater reserves on the planet. But the reality of these ice fields is adverse, because the country does not have any laws that protect this vital resource, which is also threatened by mining work.

The environment is a topic of vital importance around the world, and concerns about global warming and climate change caused by human activity and irresponsibility have focused attention on the future and what can be done to reverse worrying trends.

Glaciers are central to the discussion, because these vast ice fields serve as significant reserves of freshwater for generations to come.

Today, however, glaciers in many areas are threatened and being reduced by higher temperatures that increasingly become more frequent and last for longer periods. Glacial reduction not only means the release of freshwater but it also means more pronounced erosion and worrying increases in the water levels of lakes, rivers, oceans.

According to information provided by CNN Chile, just last summer, one of the most important glaciers in Chile, the Gray Glacier in Torres del Paine, lost more than 16 hectares of ice, due to high temperatures registered in the Magallanes region, which broke records, reaching even 30º Celsius in the southern area of Tierra del Fuego.

As of January 2019, Chile had 24,114 glaciers, according to the Dirección General de Aguas (General Directorate of Water), which represent 82% of all glaciers in South America, according to Greenpeace, making Chile one of the largest reserves of frozen water in the world.

According to Fundación Glaciares Chilenos (Chilean Glaciers Foundation), the reality of the Chilean glaciers is alarming. The country has lost nearly 255 square kilometers of ice fields and in the Campos de Hielo Sur (Southern Ice Fields), where most of the loss has occurred, 59 of the 61 glaciers there have shrunk.

How the Climate Crisis Is Affecting The Patagonia Ice Fields

The Impact of Mining

Although global warming has generated a state of emergency for glaciers, this is not the only factor. Mining has also played a crucial role in the destruction of these precious water reserves, as Matías Asún, director of Greenpeace Chile, explained an interview with CNN Chile.

In fact, according to Greenpeace’s own site, Chile leads the world in glacier destruction through mining activities and their infrastructure (roads) and byproducts (mining waste and tailings), generating seemingly irreparable damage to these vital ecosystems.

At present there is an urgent need for a law to protect these delicate and deteriorating glaciers, because, as expressed by Sara Larraín, director of Sustainable Chile, in a conversation with CHV, “Chile can live with less mining, but Chile cannot live with less water.”

But the current absence of a legislation does not mean that it has never been pursued. In 2014, the Environmental Commission of the Chamber of Deputies began drafting a glaciers law, but the law never saw the light of day, because, a year later, during President Michelle Bachelet’s second term, it was replaced with another law that, on the Greenpeace site, it is identified as a law “that not only did not protect glaciers, but “legalized” their destruction.”

There is now another bill in the Senate, which was presented by Senators Guido Girard, Ximena Órdenes, and Isabel Allende. It seeks national park status for glaciers. The majority of the bill has already been approved, but it must still be discussed by the Mining Commission and the Environment Commission before it is ready for an official vote by the Senate.

In the meantime, the Ministry of Mining has strongly condemned the law. As reported by La Tercera, the Minister of Mining, Baldo Prokurica, criticized the bill “because it defines glaciers in a way that is not shared by the definition of international organizations or glaciologists.”

In addition, the ministry has also warned that “this project could not only harm the mining industry, but also the border crossings to Argentina, power transmission lines, reservoirs, fishing concessions in the southern part of the country and others. In effect, it would be a country[-wide] problem involving at least three economic sectors.”

Iván Arriagada, the executive director of Antofagasta PLC, a conglomerate that controls the company Antofagasta Minerals, also added to these criticisms in an interview with La Tercera: “it is a [bill] that has many similarities with the legislation of Argentina, but that differs very substantially from that which governs in modern countries where mining has been developed and that nobody can argue that they have environmental standards.”

Two Chilean glaciers recently bucked the trend: the Pío XI and Trinidad glaciers, both located in the Southern Ice Fields, registered advances of more than one kilometer and 550 meters, respectively. As reported by El Mercurio, one reason might be the increase in west winds, which caused more rainfall.

Thousands of people took part in a march for the environment, in the streets of Santiago. The march was organized by @fridaysforfuturechile , a student organization. A CT photo series. (📸 @mr_blackpants ) ow.ly/igZI50nfnmi

Padre Hurtado In The Spotlight

PrEP Distribution in Chile Begins, Amid Criticism of the Ministry of Health’s Related Information Campaign

Do Llamas Hold the Potential for Covid-19 Treatment?

Patagonia Goldrush: thousands of hectares of untouched nature to be exploited